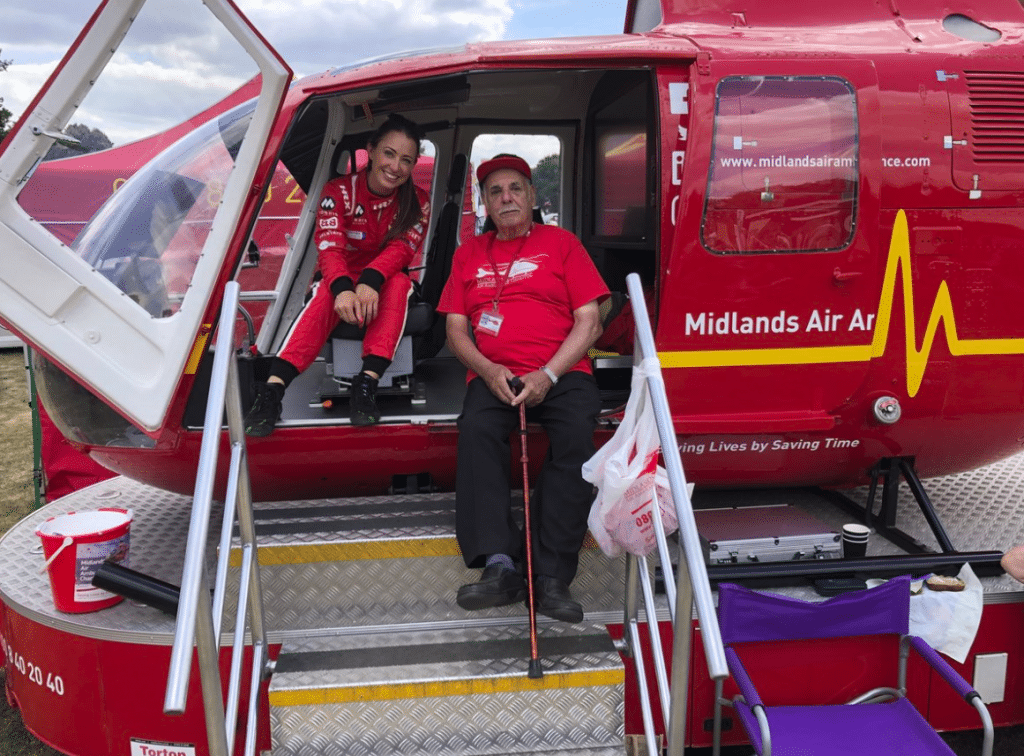 The first was Cars in the Park in Lichfield, which supported the Midlands Air Ambulance. Rebecca went along to the event with M6 Toll and gave away a hot lap session as a competition prize. There was a wide range of cars on show, including some wonderful classic cars being displayed by their owners.

Find out more about how you get hot laps with Rebecca in a Porsche here.

To support M6 Toll and the Midlands Air Ambulance, Rebecca signed autographs, displayed her Modern Herbie race car and took pictures with fans during the event.

Find out more about the Midlands Air Ambulance here.

The next event was The Supercar Event at Rockingham, which supported The Children’s Trust, a charity set up to help children with brain injuries and their families.

Rebecca says: “I spoke to a girl who went through the Children’s Trust when she was a child. Now that she’s an adult she’s dedicating herself to doing similar work to help children with brain injuries, which goes to show what good work the charity does.”

During the weekend, Rebecca hosted the event but also gave hot laps in a Lamborghini Gallardo too.

Find out more about The Children’s Trust here.